A 84-bedroom Premier Inn, together with a Beefeater restaurant and shops, is earmarked for a four-storey complex on the Rose and Young site.

The derelict former boarded-up car showroom in Croydon Road has blighted the town for more than 20 years, to the frustration of many.

The ambitious plan was due to be thrashed out by the council’s planning policy committee on Tuesday (9).

CoPlan is also behind a plan to build a six-screen cinema, flats, shops and a restaurant in the heart of Redhill. 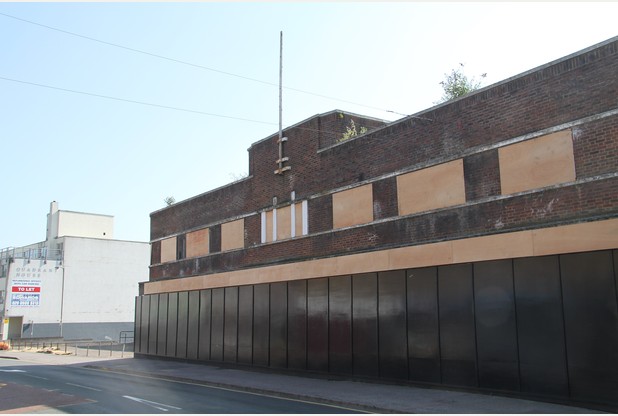 Caterham resident John Harvey compiled a 83-name petition two years ago calling for the Rose and Young eyesore to be demolished immediately.

He said of the new plan: “I am delighted to see the proposals for development.

“A Premier Inn is the most deliverable idea to date and I hope that locals will support it.

“My main concern is timing.

“Locals have been waiting for more than 20 years and will be asking “How much longer?”

Caterham Valley parish councillor Mark Jones, co-founder of the town’s Ridge Radio station, said: “If this goes ahead it would be absolutely great and would provide a lifeline for Caterham.

“But previously plans have come and gone for this site, so I will believe it when I see it.”

The land’s owners Caterham Properties have twice been successfully prosecuted by the council for allowing the site to fall into disrepair.