The Mayor, Bedford Borough Council and Iceland pictured gathered together to lay the first foundations

Representatives from Bedford Borough Council, Coplan and ARJ Construction gathered earlier today at the site of a major new store on the Church Lane development in the North East of Bedford.

The event marked the start of work on the foundations for the site.

The 6,750 sq ft Iceland store, expected to open in Summer 2015, will complete the new build side of things at the Church Lane Centre in the north east of the town and follows the opening of the new medical centre there in November of last year and a new Aldi store prior to that.

Refurbishment of the centre’s retail parade and community centre will then follow, completing the transformation of the site.

The Mayor of Bedford Borough, Dave Hodgson, said: “This site has already been transformed dramatically by this regeneration project, which has turned it into a vibrant, extremely well-used centre. Following on from all the improvements we have seen so far, including the recently opened medical centre, the new Iceland store is more good news for the site, and will enhance the centre even further.” 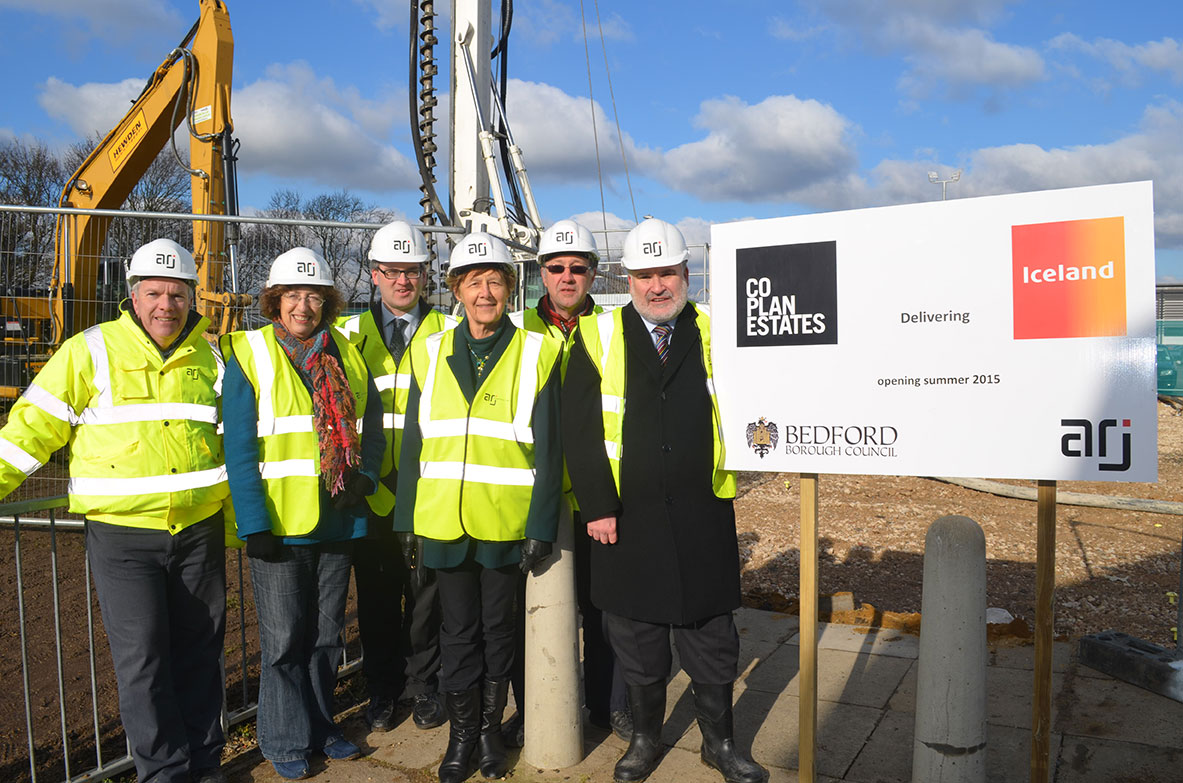 Coplan Estates Director, Colin McQueston, said: “The delivery of the Iceland store will mark the final phase of the redevelopment of the Church Lane District centre. This has already seen the delivery of a new Aldi food store, a 110 space surface car park, two new pedestrian crossings and a new medical centre. The Iceland store is due to be handed over this summer and I look forward to it proving popular with residents across Bedford.”